Yesterday my day started green and foggy on Cape Breton Island and ended bright and blue on Long Island.

Check out my pieces “Epicentres” and “Still Waters Run Deep” hanging as part of the  Hands Dancing show at the Inverness County Centre for the Arts running July 5-28, 2019, in Inverness, Nova Scotia.

These pieces showcase two distinct styles I work in – each employing different surface design techniques. Moving between these styles keeps things interesting for me. I also do a lot of thinking about how to meld the two of them…fun for the future.

I hope you get out to the show in Inverness. There are several other highly talented textile artists showing their work along with other visual artists. And what a great excuse to get out and explore beautiful Cape Breton Island.

Sometimes when I’m not patient I forget to cross the “t”s and dot the”i”s.

My morning walk thought…wouldn’t “Wheatstalk” be the best name every for a huge country music festival…just sayin. I’m sure someone out there has already thought of this but it it cracked me up when it crossed my mind and I had to share. 🙂

Maybe it’s the soft hues of the wheat influencing me but yesterday I played with a much more subdued color palette than usual. Below are  images of the collage that’s emerging.

My first day at Art Quilt Campus (AQC) 2017 was as bright as the morning sun promised it would be. I’m attending a week early this year so have had the pleasure of meeting a new group of artists and seeing their work. Amazing sums it up. The people are wonderful and their work is innovative, exciting and inspiring.

This being my fourth year attending AQC, it all feels so comfortable and everything runs like a well oiled machine thanks to Anna’s close attention to the details of hosting and leading the week long fest of creativity. The personal touches make all the difference.

I am in the midst of beginning several new pieces, most of which are still in the design phase. It’s hard to choose which one to work on first so I ‘ll work on several at the same time so I can switch back and forth between pieces when I get stuck or just need a change of scenery.

Here’s a glimpse of a fabric audition for a pieces that will employ my hand dyed fabrics. I’m still deciding on the final cast of characters.

After all our hard work yesterday we reconvened after dinner for the chance to show a piece we’ve each created over the past year and to share techniques, challenges and solutions, and other insights into creating with fabric and fibre. It was wonderful to fall asleep last night with those beautiful images dancing in my head.

If you want to know more about Day One at AQC check out Anna Hergert’s blog post Old Home Time: Art Quilt Campus 2017 off to a great start!.

It’s almost time…I’ve been like a kid at Christmas, awake since 2:55 am, anticipating and thinking, up and back to bed a few times. Finally gave in and got up for good but trying to be quiet and not wake my neighbours.

Today is the official start of my week at Art Quilt Campus 2017 with artist and teacher Anna Hergert. This is my fifth year of participating with Anna in a week long discovery of art quilting involving fibre, surface design, stitching, idea sharing and friendship.

I’m joining a new group of artist this year so I’m excited to see their work, their processes and get to know their lively personalities. The 15 of us gathered last night for a shared dinner and words of welcome from Anna along with the unveiling of some stunning work. Most of these artists attended AQC together last year and embarked on producing three challenge pieces over the course of the past year. It was an inspirational start to the week as I gazed over the 36 pieces that had been developed under the themes of “Within and Without”, “Water”, and “Girlfriend”.

I’m about to gear up for the day with a walk out in Saskatchewan country side but I’ll leave off with a few pictures from my drive here yesterday.

My friend Moe has always amazed me with her boundless imagination and creativity. She’s a maker and creator extraordinaire. She’s one of those people who is interested in, and can do, so many things – from the tiniest detailed paintings to full-on household renovations.   A while back I was at her place picking her brain on all things roman blind related when I was stopped short at the genius of her use for an old ping pong table. I am now on the hunt for an old one that I can convert to this brilliant new use…and if you’re a maker of sorts I’m sure you will be too once you read her story below.

One day not long ago, my friend Kristi was at my house and we were talking about Roman blinds.  Kristi was making several, and had always made them from simple instructions, but she was running into a few problems.  I’d learned how to make them from the Singer Sewing Home Reference Library book series, and have actually made over a hundred of them!  Needless to say, I know a few tricks now.

Anyway, we were chatting away, and I brought Kristi to my basement to look at a few things.  I have a sort of multi-purpose room there:  laminate floors that I’m not afraid to get paint on, lots of counter space and drawers, mirrors on one wall (for workouts), a sewing area, a desk, a drafting table …. And a ping pong table.

The ping pong table was opened up, as I was working on some things, and it got a big reaction from Kristi.  What a great idea to have a ping pong table!

Yeah.  It was one of the first things we bought when we moved into this house nearly 30 years ago.  My husband had looked at me a little quizzically when I’d said we had to get one, but then I’d explained, and so we got one – secondhand from a friend at work.  It’s seen a lot of use … though not for ping pong!

I’d grown up in a large family.  There were 10 of us around the supper table, and so the table was large.  It was 9’ long by 4’ wide.  My mom, sisters and I would use it when we needed to pin and cut out patterns for sewing.  One day, my brother found an old ping-pong set in the attic, and we’d tried it out in the dining room.   The screw-on supports for the net worked perfectly.   Now, a regular ping pong table is 9’ by 5’, so our dining table worked pretty well … with a few notable exceptions.  The first was that our table was expanded to its largest size, so it had those planks inserted into it.  But it was an old table and the planks were somewhat warped, plus there were cracks of varying sizes between the planks.  Of course the ball would hit a crack or warp and go flying off in some unexpected directions.  This meant we had to have very quick reflexes, and it was fun. The other exception was that the dining room wasn’t very large, so we would easily hit walls with the paddles.  And our mother was always worried about her lovely glass-doored china cabinet!

But we were very into playing ping pong, and, as we didn’t have a lot of privileges or toys, our parents one year bought us a ping pong table for Christmas.  It was wonderful, and we spent many hours playing in the basement – where it was much more predictable and roomy.

And then, of course, I had to get one for our new home – because I had a great many sewing projects ahead of me!

The table folds up and can be rolled into a corner, so it doesn’t take a lot of space.  Kids love to use the back of the two folded halves as a blackboard for drawing, and so I painted one upright half as a whiteboard and the other as a blackboard.  Now, I use it for design and for reminders.  If I’m projecting a picture to design a quilt or something, I can project it onto the folded ping pong table.  If I need to take a photo of something I painted, I drape the folded table in white sheets and put the item in front of it.  When I’m ironing shirts, I pull one of the legs out and use it as a rod to hang the finished ironing.  If I need to pin a cloth design to look at, I hang it from the top of the table too.  And when I’m painting an Adirondack chair from a kit, I cover the table with painter’s cloth and paint all my pieces on it before assembling the chair.  It’s a large, flat work surface at just the right height, or a large upright design board.  I find it very useful!  Oh, and occasionally, my husband and son get into very raucous ping pong tournaments!

I’ve seen newer designs for ping pong tables, and I wonder if they would work as well. I must check one out to see how flexible the new designs are. They are certainly now much more sturdy as ping pong tables than mine is.  Mine is over 35 years old, and I’ve made a few repairs over the years (plus painting the undersides).

Kristi liked the idea so much that she wanted me to write up how I use my table.  If you are a “maker” like Kristi and I are, you may find this idea particularly useful.  Cheers!  Maureen Dagg

If you love all things textile, and particularly slow stitch mark making like embroidery, be sure to check out Anna Hergert’s new book Inspiration Kantha – Creative Stitchery and Quilting with Asia’s Technique.

In her book, Anna, an accomplished textile artist and teacher, opens up the world of kantha by sharing the mystery of this ancient technique that is at once sublimely complex and simple.

Step-by-step instructions accompanied by professional photographs will guide you through several projects to get you going on your personal discovery of this beautiful art. 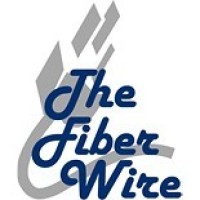 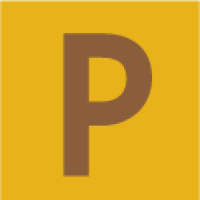 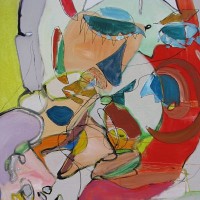 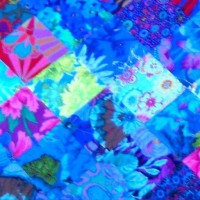 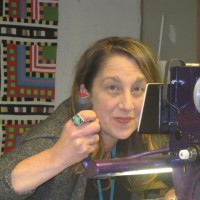 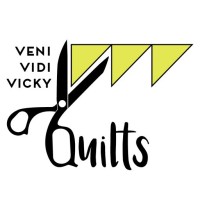 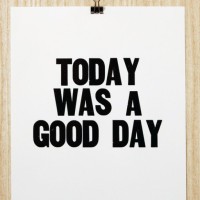 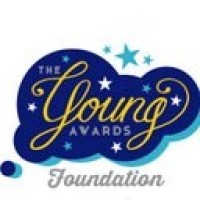 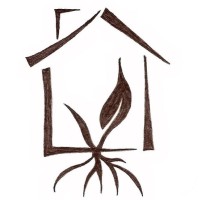 putting down roots in Maine

Plugged in and turned on. All paper. All the time.

- A mixture of hand papermaking -

Tales of a Stitcher

my textile work and challenges

a venture into quilting

A blog full of humorous and poignant observations.

Fiction, identity, and other beautiful illusions

A daily selection of the best content published on WordPress, collected for you by humans who love to read.

A MOSAIC OF BITS AND PIECES ON TRAVEL, LIFE AND TIMES

Living in the Highlands of Cape Breton

the Book of Bokeh

Bokeh describes the character or "feel" of the out-of-focus areas in a photograph.

The Beauty Along the Road

Discovering Beauty in the small details of our lives